A downloadable accessible puzzle game for Windows, macOS, and Linux

Vocally Driven Puzzle-Point and Click filled with clever dialogue, ridiculousness, general befuddlement, and lots and lots of moustaches. After catching wind of a sinister plot to destroy Mr. Moustache's Moustache Emporium, a lone savior sets out to defend the city's largest moustache provider!

By switching between radio channels (by selecting presets or typing in new ones you find), noting the enemy's movements, and piecing together the clues, you can unravel the plans of your foes and stop them! The project is aimed at being color-blind friendly and uses shades instead of color variations to indicate need of interaction. It is also non-hearing friendly as subtitles are provided throughout. We had aimed to include accessibility for the blind but ran out of time. The game is in fact playable by such a person but may require assistance for selecting channels and inputting responses. Future planned features includes keyboard as input for the game focusing on use of the numpad rather than the qwerty section of the keyboard for ease of use and possibly custom hardware for blind user interfaces.

In order to download this accessible puzzle game you must purchase it at or above the minimum price of $3 USD. You will get access to the following files:

Extremely cool and creative idea! However, I found it impossible! Perhaps I had missed something important?  I was switching between the four channels and figured out there was a bomb and so reported it as such. I then could not find out what time  the bomb was set for from any of the channels! Any chance you could give me a clue?

Also there was a pretty significant bug: the 'continue' button was inactive on the newspaper failscreen the second time, meaning I only had two chances to answer correctly otherwise I'd have to quit the game and play from the start.

Remember to read the note in the corner and use it to take notes!

Thank you, i am deaf an dcolorblind and this was the only game i could ever play.

I'm on a Surface Pro 3 running Windows 10 and I'm not sure if this is supposed to happen, but the papers on the first screen of the game are partly cut off so I can't really read what's written on them, and the radio station button with the click me label is also partly cut off

Hmm... Seems like a resolution issue. I can probably fix that. I'll get back to you as soon as I can.

It looks like the text in the linux version (64 bits) is out of sync. On first scene, the dialog only shows the first sentence for the whole conversation...

Changing scenes, on the first call, it happens the same.

I’ll spin up a test and see if I can figure out your problem.

You are very kind.

If you need any log or more info, tell me

Sure. I'll try to get back to you by around the 21st. By then I should probably have an answer.

EDIT: Still working on this. Haven't been able to repro yet since our linux machine is having issues. I will keep you up to date on further progress. 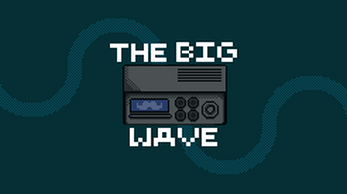